Free UK shipping on orders over £100

Labradorite is also known as the Frozen Fire of Aurora Borealis and was named in 1770 when it was discovered by the Moravian missionaries in Labrador, Canada.

LABRADORITE THROUGH THE AGES

Although named as late the 18th Century this stone actually has a much longer history. The Inuit tribes in Canada believed it was linked to the Northern Lights, the most beautiful light display in the night skies. They told of a legend where an Inuit warrior had discovered a cave filled with Labradorite. He thought the light was trapped in the stones and brought down his spear to release the Aurora Borealis as we know it now, but as he could not free all the light we still have Labradorite to remember the myth. Meanwhile the Norse stories tell of the Bifrost Bridge (the shimmering rainbow joining the earth with Asgard, home of the gods) They thought this bridge was made from shimmering Labradorite. Being one of the most beautiful gemstones it is widely used today.

WHAT PROPERTIES ARE ASSOCIATED WITH LABRADORITE?

Labradorite is a feldspar gem, meaning it is translucent with strong irridisence when moved in the light. It possesses vivid colours of bright aqua jade, peacock and gold. Because of the flash of colours in the stone it has long been linked with the idea of being magical. Native Canadians thought it could reduce stress whilst increasing energy. Nowadays it is said to be transformational and lend a helping hand with moving on in a career or personal life. It is linked with ideas of strength and perseverance as well as the Third Chakra which is associated with converting negative emotions to be positive and the power to recall dreams. 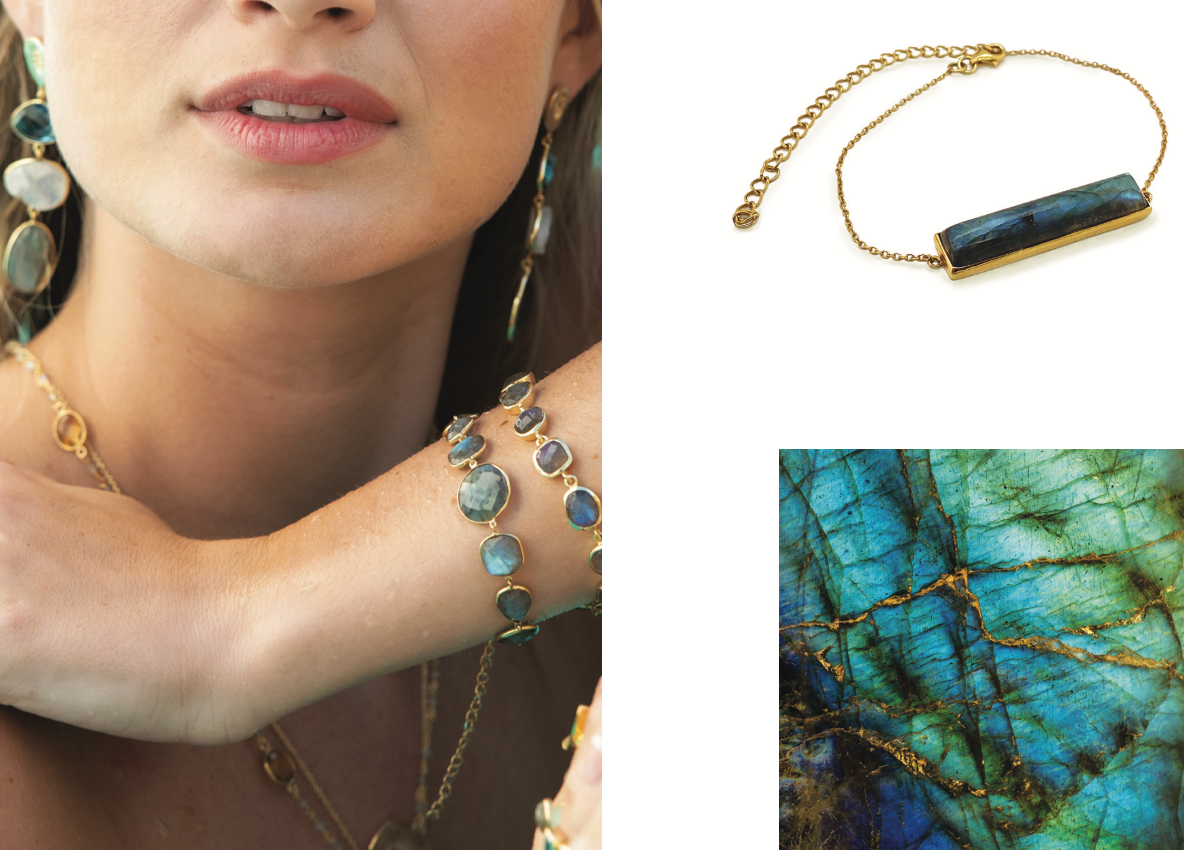 WHERE IS LABRADORITE FOUND IN THE WORLD?

Whilst it was originally mined in Labrador and other parts of Canada, it is more commonly sourced today in Russia, Australia and Mexico as well as the biggest pieces still found in Finland and Madagascar. Within the gemstone industry it is known that the pieces with the most iridescence and most colour tends to be found in Finland. Because of the beautiful flashes of light on the stone it usually looks its best when cut with facets or in a curved cabochon cut. It can be a challenge to cut labradorite because of the light display and it must be worked on by a skilled cutter for the best results.

Any cookies that may not be particularly necessary for the website to function and is used specifically to collect user personal data via analytics, ads, other embedded contents are termed as non-necessary cookies. It is mandatory to procure user consent prior to running these cookies on your website.